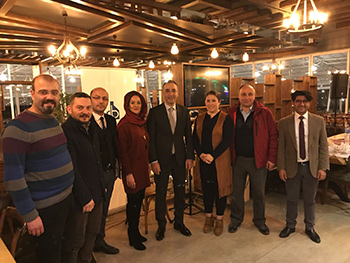 Çayeli Bakır, one of the underground mining operations in Turkey, played host to the members of the press who work in Rize, on 10 January Working Journalists’ Day. 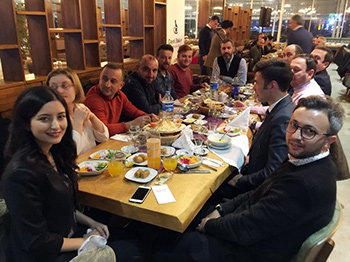 Murat Güreşçi, who stated that he was excited to be coming together with the members of the press for a second time after being appointed, emphasised that they too worked in accordance with the 5w1h rule, which is one of the most important terms of journalism, and said, “There is a similarity between us. When starting a project at Çayeli Bakır, we also use the 5w1h formula, which you use very much. We add two more questions on to the 5w1h. We ask the questions, ‘Does the subject carry a safety risk and what is its cost?’”

Güreşçi, who emphasised that the journalism profession was a difficult profession, which is worthy of feeling extremely honoured, continued as follows: “You chase after news, without ever stopping or getting tired, and where necessary, you make great sacrifices for your duties. The public is able to access the correct information thanks to you, as a result of this devoted work. Your items of news shape the way in which people think. They possess such a difficulty and responsibility. Just like you journalists, we also continue to work with the same endeavour, and are extremely happy to be making a contribution to the development of Rize. On this note, I would like to take this opportunity to congratulate the 10 January Working Journalists’ Day of our valuable journalists from Rize as well as the whole of the community of journalists.”